El Rughi was born in a city in the South of Italy, Martina Franca. He began to paint everything he had near him since his childhood, so as that he could kill boredom. He travelled around Italy, Spain and Germany, experimenting techniques and forms until he found his own artistic style. He therefore mixes the classic graffiti with children illustration, tattoo and comic language. He is currently living in three different places: London, Barcelona and Italy, and apart from painting walls, he works on tattoo, serigraphy and self-production of fanzines about street-art, illustration and underground comics. 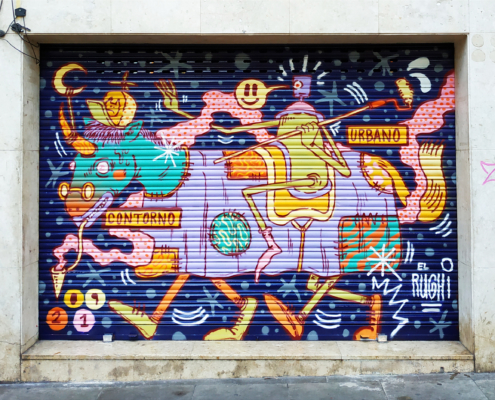 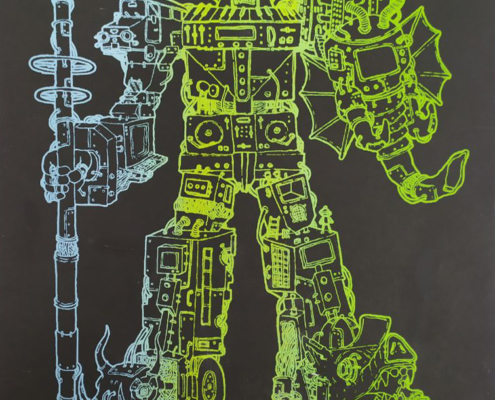 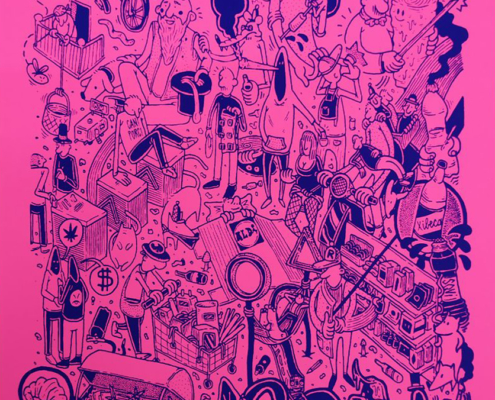 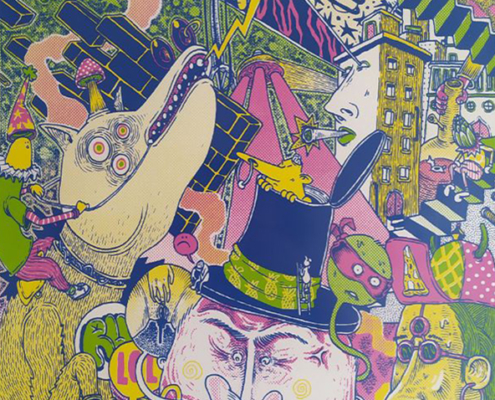 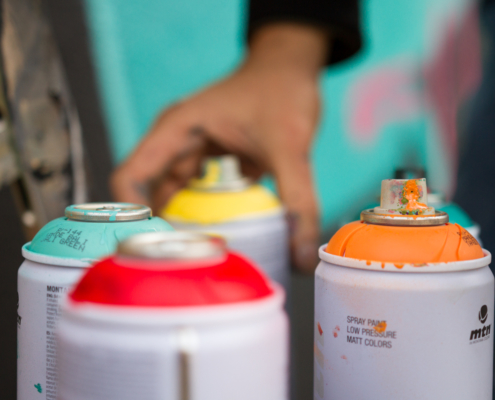 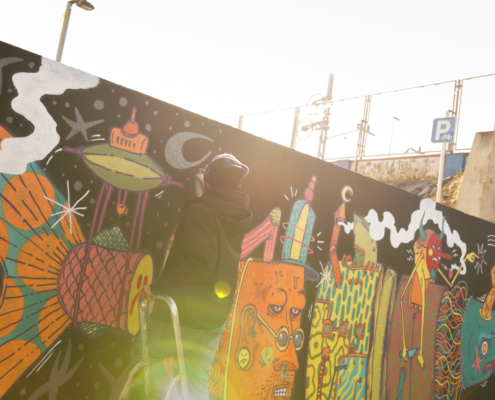 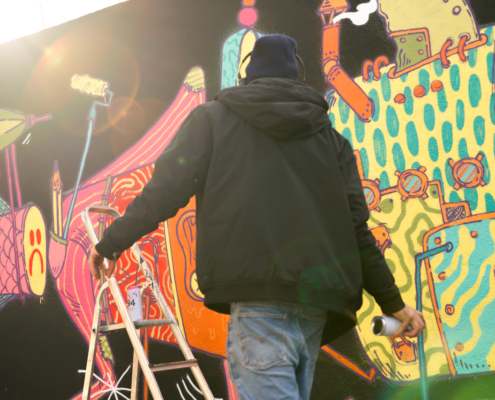 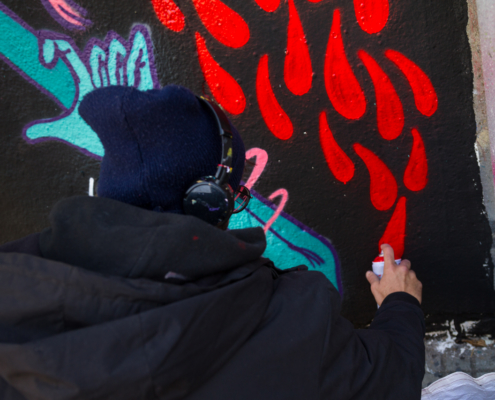 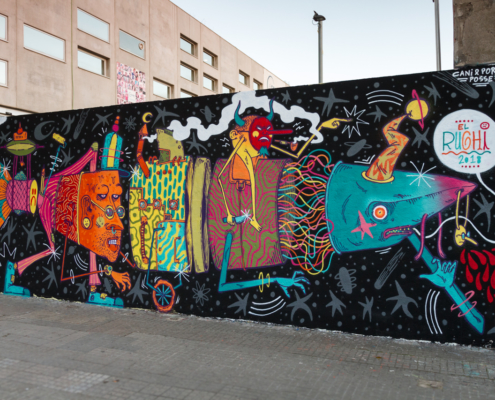