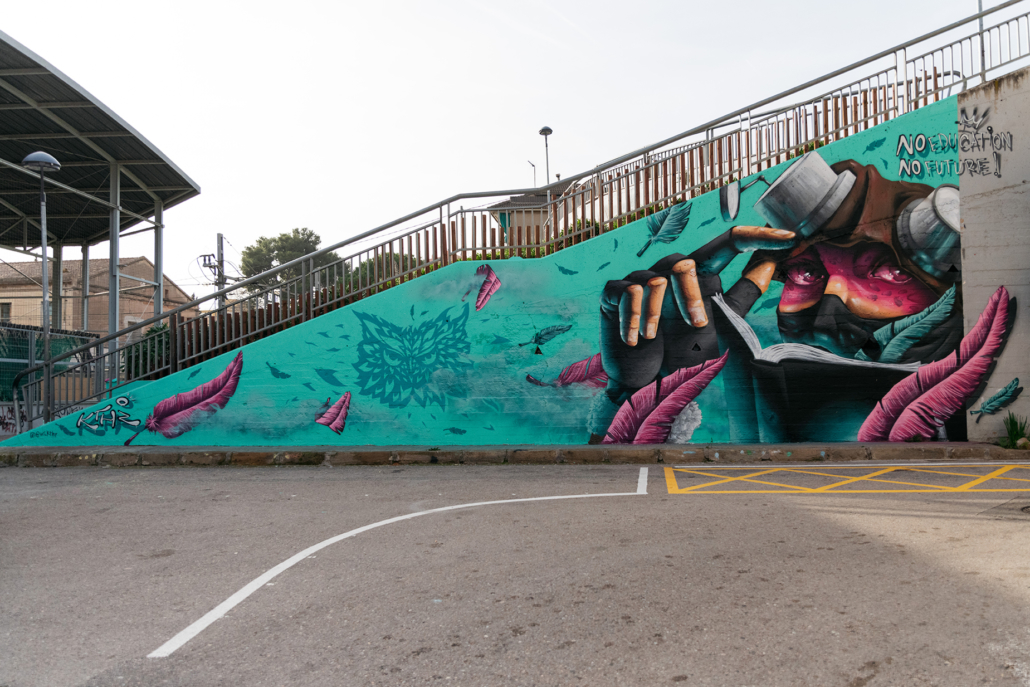 URI KTHR is one of the artists that have taken part in the phase of micro-urbanism of the project Ties, which carry out with Sant’s City council Vicenç of the Orchards. The themed of the mural was chosen of collective way among entities, neighbours and neighbours of the township.

URI KTHR is Oriol’s alias, Sant’s a young artist Boi of Llobregat that commenced his march for the muralisme through the grafiti and student at Barcelona’s university of Fine arts where commenced at developing an own style. Where imperen the realistic depiction of faces of wives and of animals. As well as the bricklayer of only colour that makes to travel at the spectator through the only fantasy for his works.