In May 2015, the urban artist, Kwets1 , launched the MURAL’H project promoted by the Contorno Urbano association, with an enormous intervention that transformed the Avenida Isabel la Catatólica in l’Hospitalet del Llobregat (Barcelona) tunnel. It took 12 weeks to cover the 1000 m² grey wall, used 1250 cans of MTN94, and was sponsored by Mémora group and Hune , in addition to Montana Colors.

The gigantic piece’s content represents the migratory birds that fly over L’Hospitalet every year, and serves as a metaphor that refers to the thousands of immigrants the city hosts and is capable of integrating each year. Furthermore, the tunnel is one of the few routes that connects the north and south of the municipality, and is used by hundreds of people daily.

A project with this much social importance deserves a high stature follow up, so Montana Colors had to contact Edgar Lledó to direct this documentary that explains the context, the process, and results of a large part of the work that was put into this monumental intervention. The first MURAL’H initiative; a project based on social integration and urban planning that’s attempting to span across all the neighborhoods ofL’Hospitalet in order to transform the city. 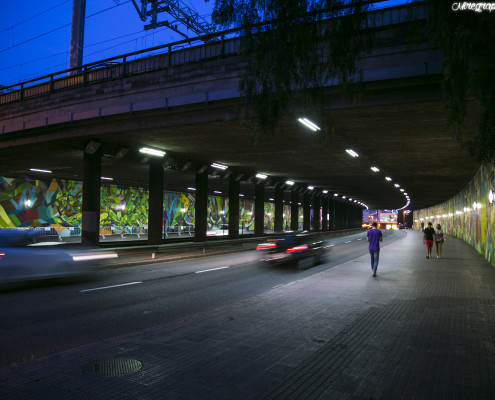 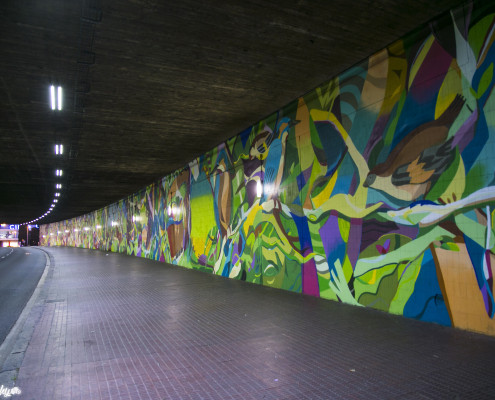 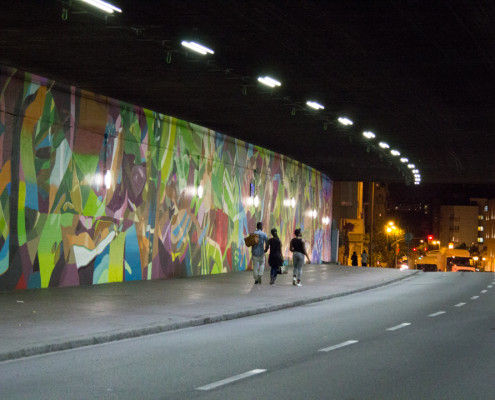 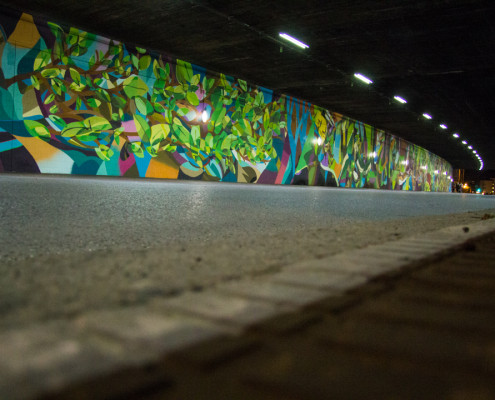 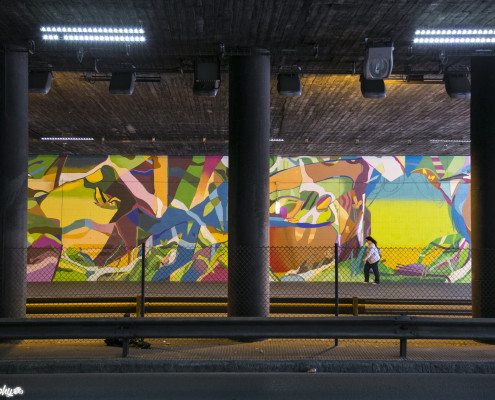 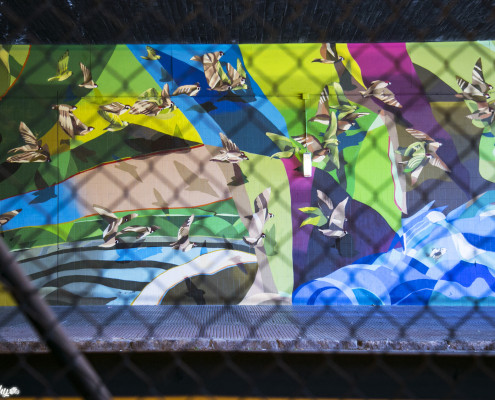 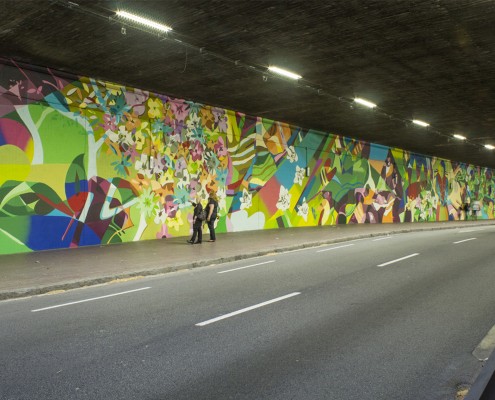 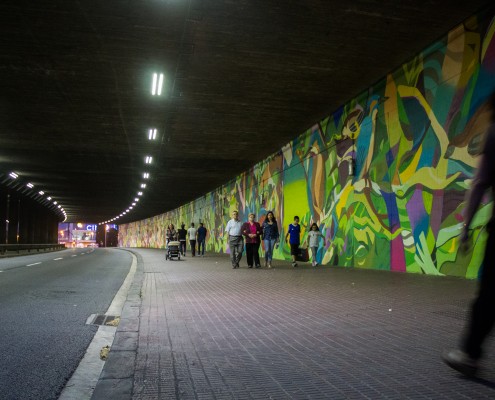 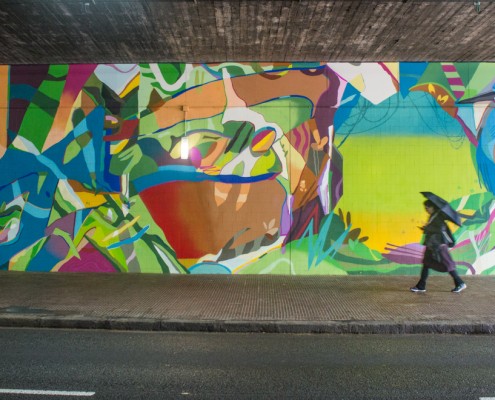