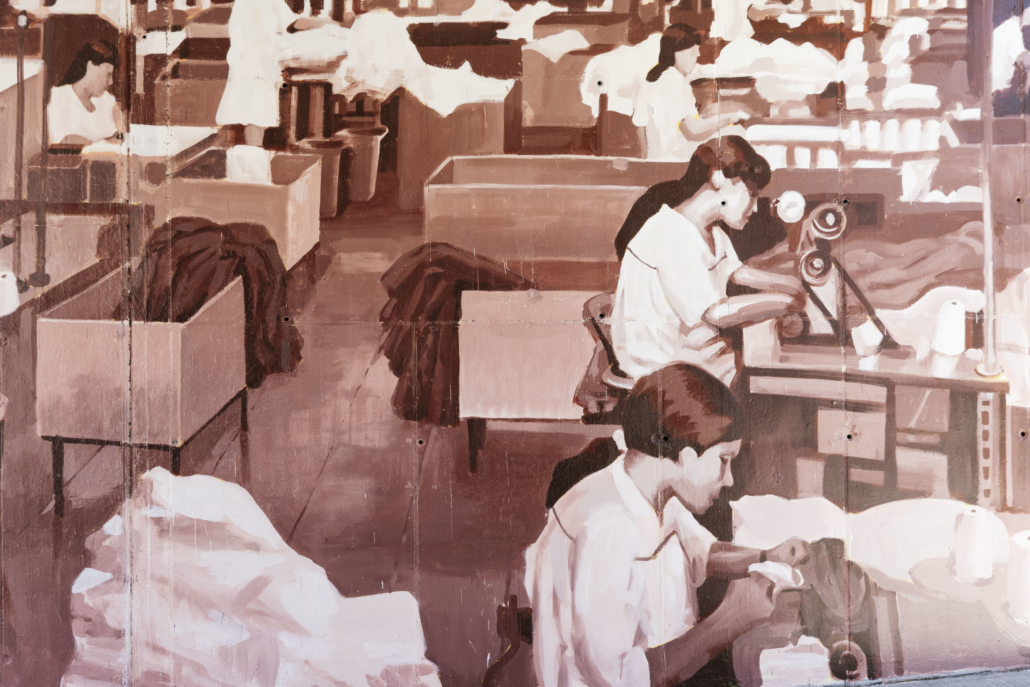 Ru8icon1 is one of the artists who have participated in the vincle Sutura Urbana of VINCLES project, which we carry out with the Sant Vicenç dels Horts City Council. The theme of the mural was chosen collectively among entities and neighbors of the municipality.

The mural made by Ru8icon1 represents the important role that women have had and currently have in Sant Vicenç dels Horts. On one side of the tunnel, we find an image of the Bofarull Factory, one of the main economic engines of the municipality years ago, where there were hundreds of workers, an unusual thing in the last century. On the other side, referring to the local CaCo women’s career, we see ordinary women, determined towards equality in all areas of life. Thus, the struggle for women’s rights is spun, in the past and present, moving towards a fairer future.

Ru8icon is an American artist who has been installed in Spain for a decade. He comes from a creative family, so this led him to graduate in Fine Arts. The idea of painting murals caught his attention since his childhood and nowadays it is one of the main areas of his work. While living in the countryside, Rubi followed the birth and evolution of modern muralism from afar. In 2008, he finally moved to a large city, Madrid, and he began to collaborate with urban artists. Some years later, the artist continued to develop his style and technique in Madrid, Barcelona and other cities. Now, established in Barcelona, he continues painting in walls and canvas and intervening in other creative projects.