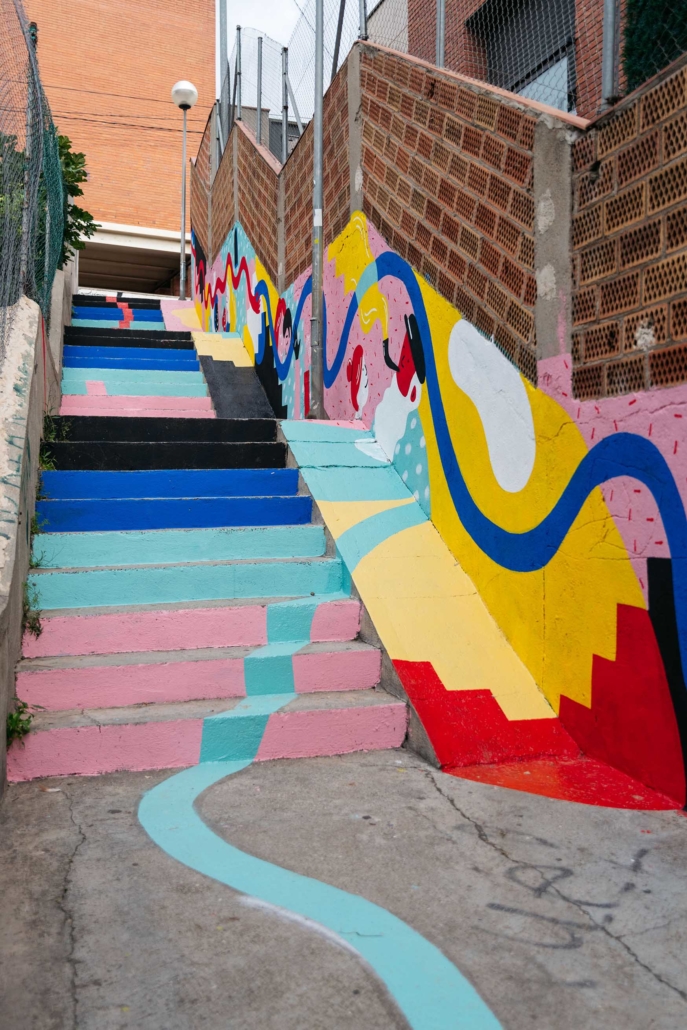 Perrine Honore is one of the artists that have taken part in the phase of indoor rooms of the project Ties, which carry out with Sant’s City council Vicenç of the Orchards. The themed of the mural was chosen of collective way among entities, neighbours and neighbours of the township.

The scales that join the streets of the neighbourhood Saint Josep are a necessary media to interlace. For some persons, are font of memories and anecdotes, for others, fruit of work and effort with a big denouement in common. This intervention seeks to enrich the experience to stroll for the neighbourhood, giving colour and transforming the neighbourhood with the same neighbours and roads.

Perrine Honoré is an illustrator and French graphic designer. It has realised surveys of fashionable Design (Suecia), Graphic Design (Epsaa, París) and a Màster at Design and Communication (Elisava, Barcelona). The illustration is the field where hears  more comfortable , permits him a main liberty to express and can dump all his thoughts. At través d´a festive and colorful aesthetics, constructs a critical universe where stays at importance the descontrol and spontaneity. It finds inspiration with artists and contemporary designers, as well as at the history of the art and the daily life. It takes part often at fanzins and is constantly seeking collaborations.